Showing posts from September, 2015
Show All

The Roman Art of War in Caesar's Time 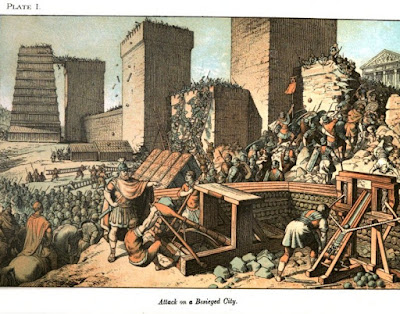 The Roman Art of War in Caesar's Time I. Composition of the Army 1. The legion. The strength of the Roman army lay in the legions (legiones). These in Caesar's time were composed exclusively of Roman citizens, brought into the service by means of levies (dilectus), which were now held in other parts of Italy as well as in Rome. Conscription was no longer limited to the higher classes, and those who had means could employ substitutes; probably the legionary soldiers (legionarii milites, or simply milites) or Caesar were mainly volunteers, who were willing to enlist for the regular term of twenty years on account of the certainty of the pay, and of provision for their old age in case they lived beyond the period of service. Citizens were liable to be called out at any time between the ages of seventeen and forty-six; Romans of the upper classes who wished to serve in the army, or found themselves unable to evade conscription, were employed as officers, or attached
Post a Comment
Read more
More posts