Showing posts from January, 2016
Show All

It's that time of year again! The 2016 Pendraken Painting Competition opens on 1st February and runs all the way through February. The 2015 competition had 229 entries (winners can be seen here ; all were consistently high standard, so we're really looking forward to seeing what this year holds! As mentioned, the competition will run throughout February, meaning that the leap year will give everyone an extra day to get your entries in. The closing deadline will be midnight on the 29th February. The big news for this year is our new category: Warband Base This category does exactly what it says on the tin, so any single Warband base, whether it's a cool command stand, or a unit of warriors crammed in like sardines! The only other change from last year is that we've dropped the 'single base' requirement for the other categories, allowing multiple bases to be lined up and entered, as long as they still fall within the figure quantity rules. As folk
Post a Comment
Read more 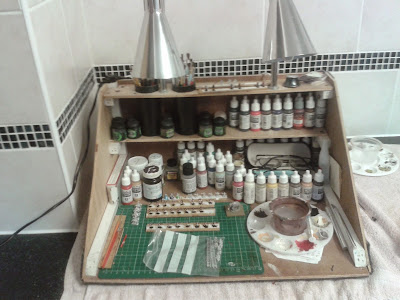