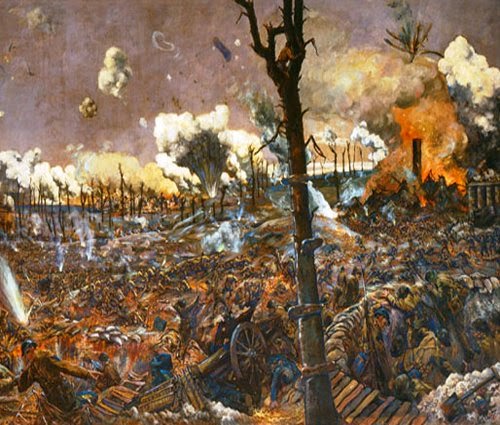 My World War I book library for wargaming consists of the following titles  this is not an exhaustive library is just some of my favourites on the subject. 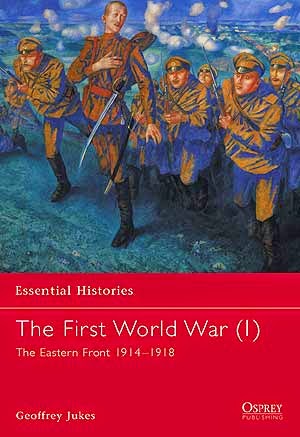 This book unravels the complicated and tragic events of the Eastern Front in the First World War. The author details Russia's sudden attack on German forces, despite her inadequate resources. A crushing defeat at Tannenberg was followed by Germany inflicting humiliation after humiliation on desperate Russian troops. For a while, those forces led by General Brusilov and facing Austria-Hungary fared better, but in the end this front too collapsed. Morale plummeted, the army began to disintegrate, and the Tsar was forced to abdicate - paving the way for the Bolshevik seizure of power in 1917. 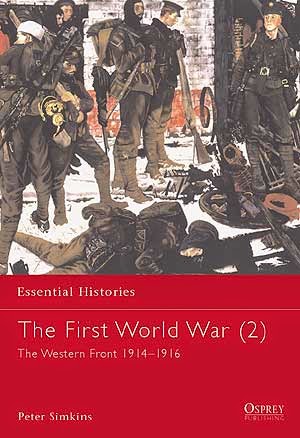 More than 80 years on, the Great War - and particularly the great battles such as the Somme and Verdun - continues to fascinate us and to cast long shadows over the world in which we live. For Britain, the effort and sacrifice involved in creating and sustaining its first-ever and biggest-ever mass citizen army, and in helping to defeat the main enemy in the decisive theatre of operations, left deep emotional and psychological scars that have influenced much of the nation's subsequent history and that are still felt today. In this volume Peter Simkins re-examines the struggle and sheds an interesting new light on the nature, course and effects of the fighting in France and Belgium from 1914 to 1916. 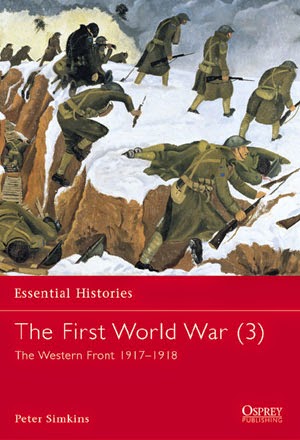 In this, the second volume covering the war on the Western Front, Peter Simkins describes the last great battles of attrition at Arras, on the Aisne and at Passchendaele in 1917. Then he moves on to relate the successive offensives launched by Germany in the spring and summer of 1918 in an effort to achieve victory or a favourable peace before American manpower proved decisive. Again, questioning and correcting several myths and long-held assumptions about the nature and conduct of war on the Western Front, the author also looks at the aftermath and legacy of the 'war to end wars'. 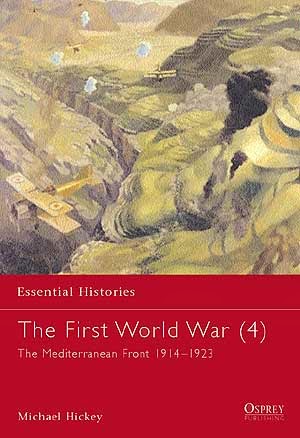 The First World War in the Mediterranean represented more than just a peripheral theatre to the war on the western front. This engaging volume includes details of allied attempts to capture Constantinople; bloody campaigning in Northern Italy; the defence of the Suez Canal and the defeat of the Turkish army in Palestine. The Arab revolt, skirmishes in North Africa and the entrapment of a huge allied garrison in Greece - the 'worlds biggest prison camp' as the Germans described it - are also covered. The result was the fall of the Ottoman and Austro-Hungarian empires and the birth of nations unknown in 1914. 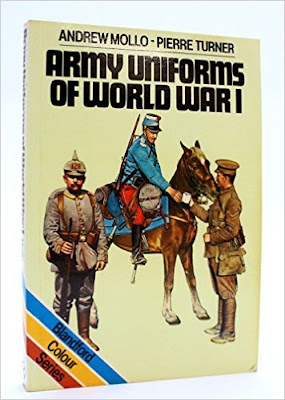 Expert and stunning illustrations show in painstaking detail the uniforms and their developments for all the major nations involved in World War I. 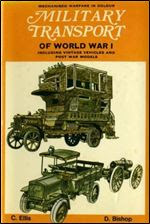 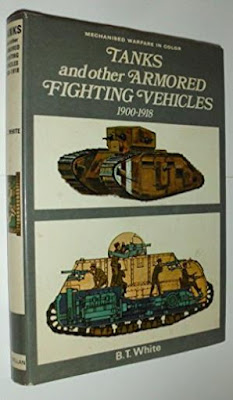 Tanks and Other Armoured Fighting Vehicles, 1900-1918 (Mechanised Warfare in Colour)

This is the first of a developing series of volumes on military vehicles devoted to vehicles bearing armour the tanks. armoured cars and scout cars in modern mechanised warfare and the so called soft skinned vehicles, the essential links in the lifeline of supply for fast moving armoured prongs. The period in this book comprises the vintage years of the armoured vehicle. The groping towards protective shell on vehicles capable of carrying men and weapons culminate in Churchill's conception of tanks and led o the construction of the first tank and its historic engagement at the battle of Cambrai in 1917. B. T. White has made a lifetime study of this subject and written several books, and his meticulous text is well served by 192 full colour illustrations by John Wood. This pocket encyclopedia is of considerable interest as a historical record as well as for the story it gives of the machines. 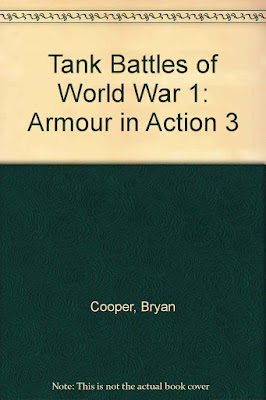 Failure to exploit the potential of an original idea is a recurring phenomenon in our national history. Few failures, however, can have been so costly in human life as that of our military commanders early in 1916 to appreciate that the tank was a war winning weapon. The slaughter of the Somme, Passchendaele and the Ypres salient had to be endured before accepted 'conventional' methods were abandoned and the tank given a chance.

Bryan Cooper describes the early tank actions in vivid detail, with many eye·witness accounts. He tells of the courage and endurance of the crews not just in battle but in the appalling conditions in which they had to drive and fight their primitive vehicles. Scalded, scorched and poisoned with exhaust fumes, constantly threatened with being burned to death, these crews eventually laid the foundation for the Allied Victory in World War l. The book is well illustrated with many original photographs which give the present day reader a glimpse of the infancy of a dominant weapon of modern war.


Other World War I Books

The Indian Army in the First World War: New Perspectives

The Landing In The Dawn: Dissecting A Legend - The Landing At Anzac, Gallipoli, 25 April 1915

Intelligence Images from the Eastern Front (Looking Down on War)

A Touch of Paradise in Hell. Talbot House, Poperinge - Every-Man's Sanctuary from the Trenches
My 10mm Wargaming My Book Library