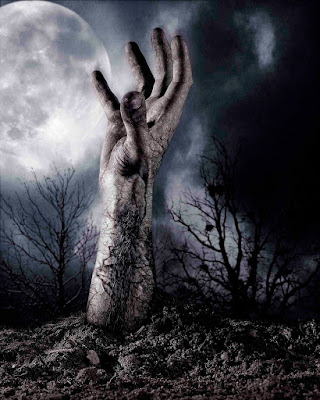 The rules we will be using are .

The core of the army will be built using Pendraken Miniature's. 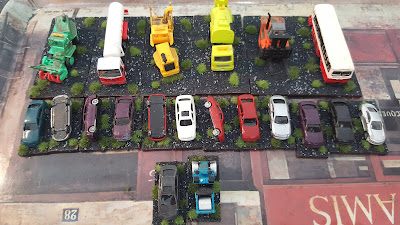 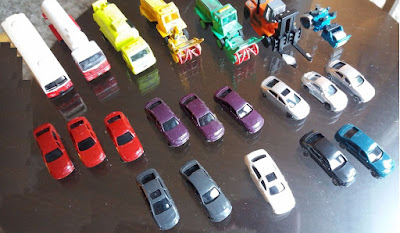 The wife built the last of my card buildings. Here's a link to the first lot we did Dropzone Commander Buildings. 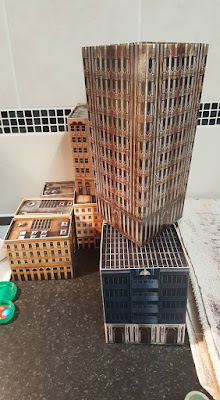 The wife very kindly built my card buildings from the second starter set and reinforced them with foamboard. Here's a link to the first lot we did Dropzone Commander Buildings. 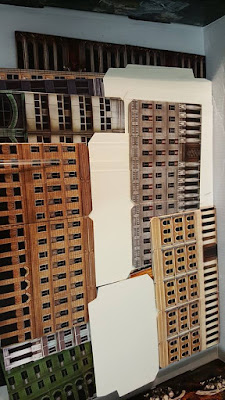 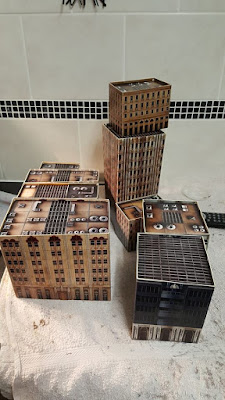 I managed to get hold of some more Dropzone Commander Card Buildings from eBay. 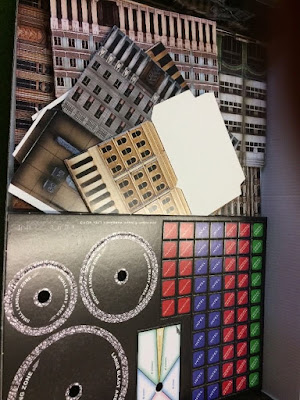 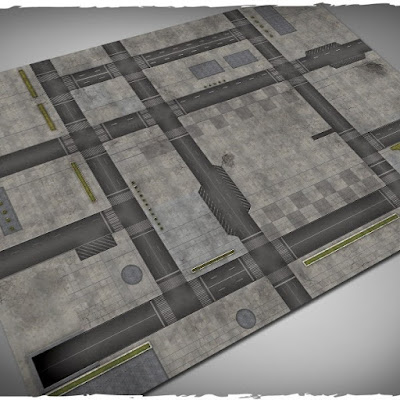 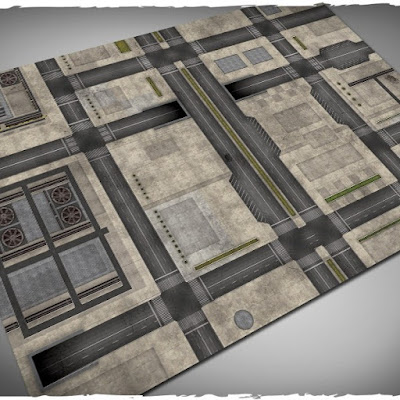 The Monorail has been a popular form of urban transportation on human worlds for many hundreds of years. This, the almost ubiquitous 'Silver Bullet' model, is by far the most common and has changed little from before humanities' Age of Expansion to the present day. It is fast, robust and famously reliable since it employs very few moving parts. It is also self-powered, allowing it to operate independently of a city's energy grid. Human-built monorails are known to still be employed by Scourge forces on the Cradle Worlds and are occasionally commandeered by Resistance forces when needed. In fact, it is apparent that a long abandoned Silver Bullet can be brought back to life with as little as fresh fuel and basic tools. Although normally civilian vehicles, in these times of war they have frequently been pressed into all sorts of improvised military roles, from the efficient movement of supplies to VIP transport. Indeed, they can often prove to be critical objectives for a variety of missions. 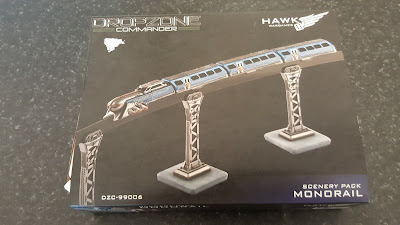 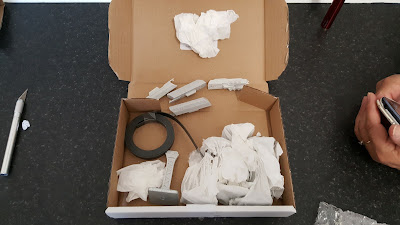 I started doing some scenery only a small amount to start with if this game takes off at the club then I will certainly expand the amount of scenery I do.

I basically used some N Gauge buses and N Gauge cars you can buy these from anywhere. At some point I will do the tutorial of how I did them. 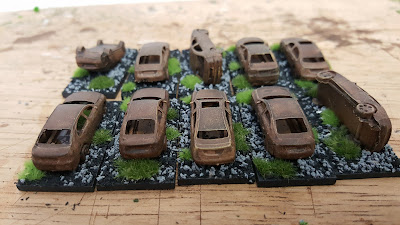 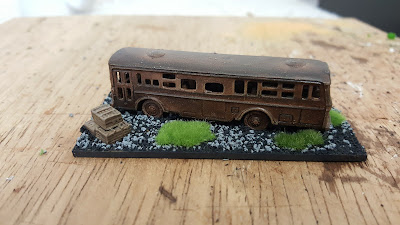 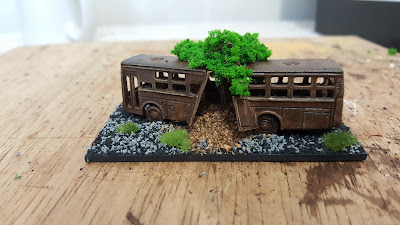 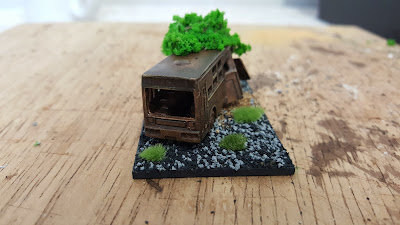 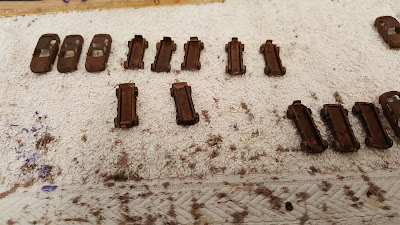 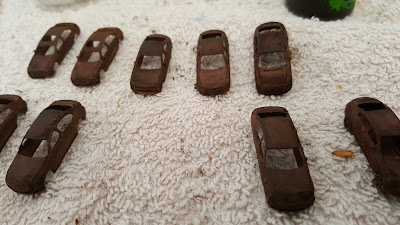 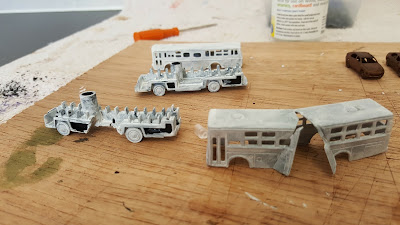 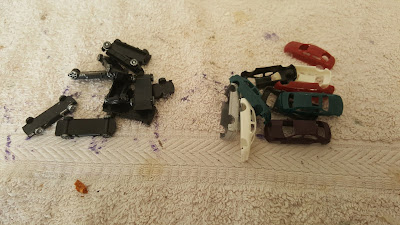 I started work on my Dropzone Commander Buildings. 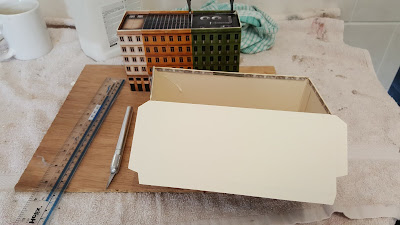 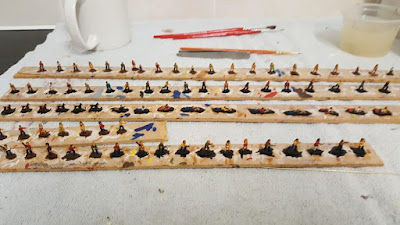 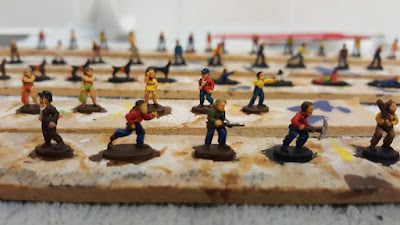 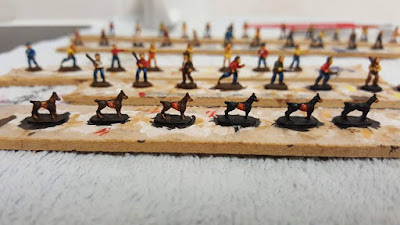 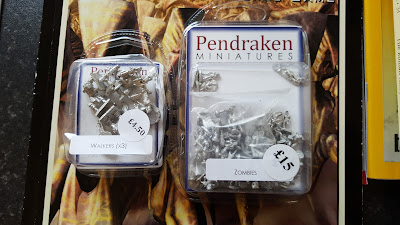