In July 1758, the unit was part of the expedition against Carillon (actual Ticonderoga). On 5 July a detachment formed part of the vanguard along with Rogers' Rangers. The rest of the regiment formed the rearguard. On 6 July at daybreak, the British flotilla reached the narrow channel leading into Lake Champlain near Fort Carillon and disembarkation began at 9:00 AM. The same day regiment the regiment was involved in several skirmishes with French and Indian light troops. On 8 July , it fought in the disastrous battle of Carillon. At daybreak on 9 July the British army re-embarked and retreated to the head of the lake where it reoccupied the camp it had left a few days before.

In 1759, the 80th light infantry joined Amherst's force in a new and successful expedition against Carillon.

In August 1760, the 80th light infantry joined the army under the command of Amherst who participated to the three pronged attack against Montréal whose garrison surrendered on 8 September 1760.

Rogers' Rangers began as a company in the provincial forces of the colony of New Hampshire in British North America in 1755. The unit was the latest in a long-line of New England ranger companies dating back to the 1670s. The immediate precursor to and model for the unit was Gorham's Rangers, formed in 1744 and still active in 1755. Rogers' company was formed to fight in the French and Indian War, in the borderlands of the colonial Northeast. Commanded by first Captain, then later Major Robert Rogers, they operated primarily in the Lake George and Lake Champlain regions of New York. The unit was formed during the winter of 1755 from forces stationed at Fort William Henry. The Rangers sometimes undertook raids against French towns and military emplacements, traveling sometimes on foot, sometimes in boats and, during winter, on snowshoes. 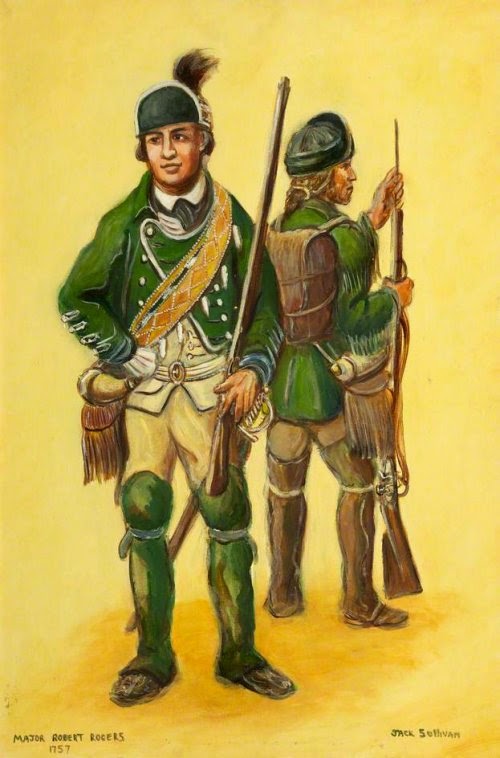 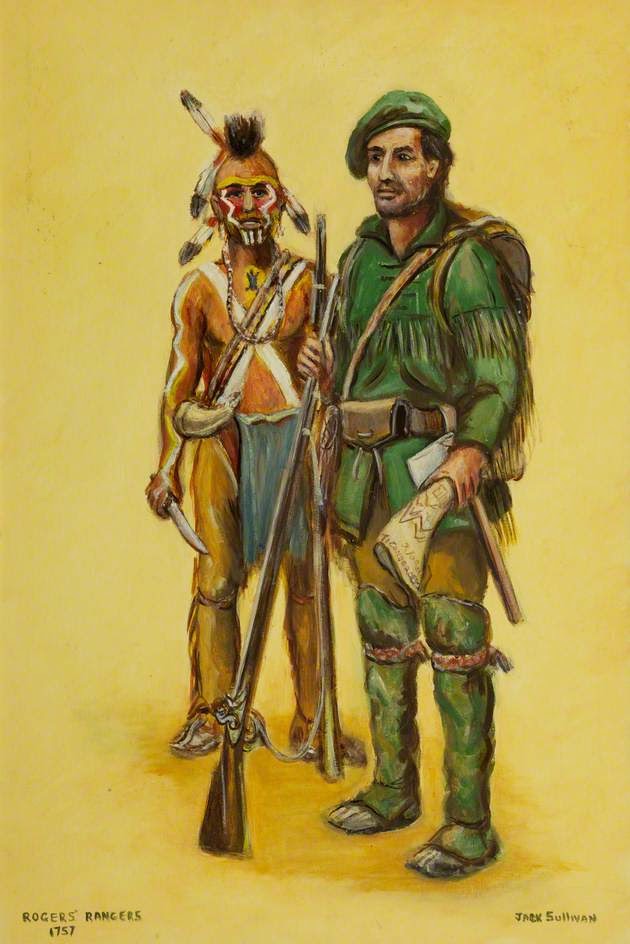 Rogers offered his help to the commander of the Colonial Army, George Washington. Washington refused, fearing that Rogers was a spy because Rogers had just returned from a long stay in England. Infuriated by the rejection, Rogers joined the British, where he formed the Queen's Rangers (1776) and later the King's Rangers. Several former Rangers served under General Benedict Arnold in revolutionary forces around Lake Champlain.